One of the blogs I’ve been following since we found out we are relocating to Pretoria is the excellent Joburg Expat – a blog written by an American who lived in Johannesburg for several years and has provided me with plenty of sterling advice about South Africa. It helps that her children are similar ages to mine, and that much of what she blogs about revolves around family life and finding things to do with the kiddies. I would advice anyone moving abroad to find a similar blog – if possible – and follow it for good advice. I just wish I had done the same before moving to St Lucia.

Anyway, one of the questions on the blog’s accompanying Facebook page this morning has been what makes us want to become expats? Sine, who writes the blog, posts her own answer as:

“I often wonder what comes first, as it’s a bit of a chicken and egg thing, isn’t it: Do we get excited by the prospect of new places precisely because we’ve gone through the process so many times before and know how enriching it can be, or are some of us by nature more inclined to give new things a try and are raring at the bit for something new after we’ve gotten too used to the old? I tend to think it’s more of the former – I have always been more of a reluctant traveler. But I think my nature of finding the best wherever I am and THEN getting excited about it, helps. I don’t think you have to be an adventurer by nature to be adventurous. I think you just have to be equipped with an open mind and some patience…”

But me, I’m not so sure. I have been an expat since the day I was born, so I don’t know anything else. Well, of course I have also been a repat – somone living back in their own country after moving home from overseas. But every time I’ve returned, it hasn’t been long until we start planning the next move. Personally, I think I become an expat (again) because I have itchy feet. Because I find it hard to stay in one place for long. Because there’s a big world out there and I don’t want to miss it.

There may be other reasons – are you a relectant expat, is it your partner’s work that’s taking you away from home rather than your own wishes or needs? Is it for economic reasons? Or have you always wanted to live in another country and finally have your chance?

Whatever the reason, the reality isn’t always as straightforward as the initial decision. I may have itchy feet and want to move on every few years, but at the same time I long for stability and a place to always call home. Others may feel anger and frustration at being relocated thanks to their partner’s career choices – but then start to enjoy their new lives. And others still may feel the opposite happen: what started out as a dream adventure turns out to be just a different way of living the same life. Let’s face it, the day-to-day problems of raising a family, maintaining a relationship or finding a work/life balance don’t go away just because you’re living in another country.

So what made you decide to become an expat? Or didn’t you decide – do you feel you had no real choice in the matter? And if so, has that affected the way you’ve lived your expat life? Or do you feel that sometimes life just has a way of taking it’s own turns and you’re along for the ride. For me personally that’s certainly how I’m feeling at the moment and I’m looking forward to what’s round the next bend in this particular expat journey. But at the same time, I’m just hoping it doesn’t include a derailment!

14 thoughts on “What makes us want to be Expats?” 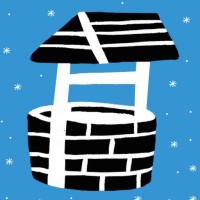 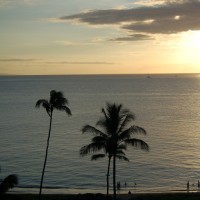 The story of buying and keeping a (production) cruising sailboat afloat long enough to prep it for cruising!